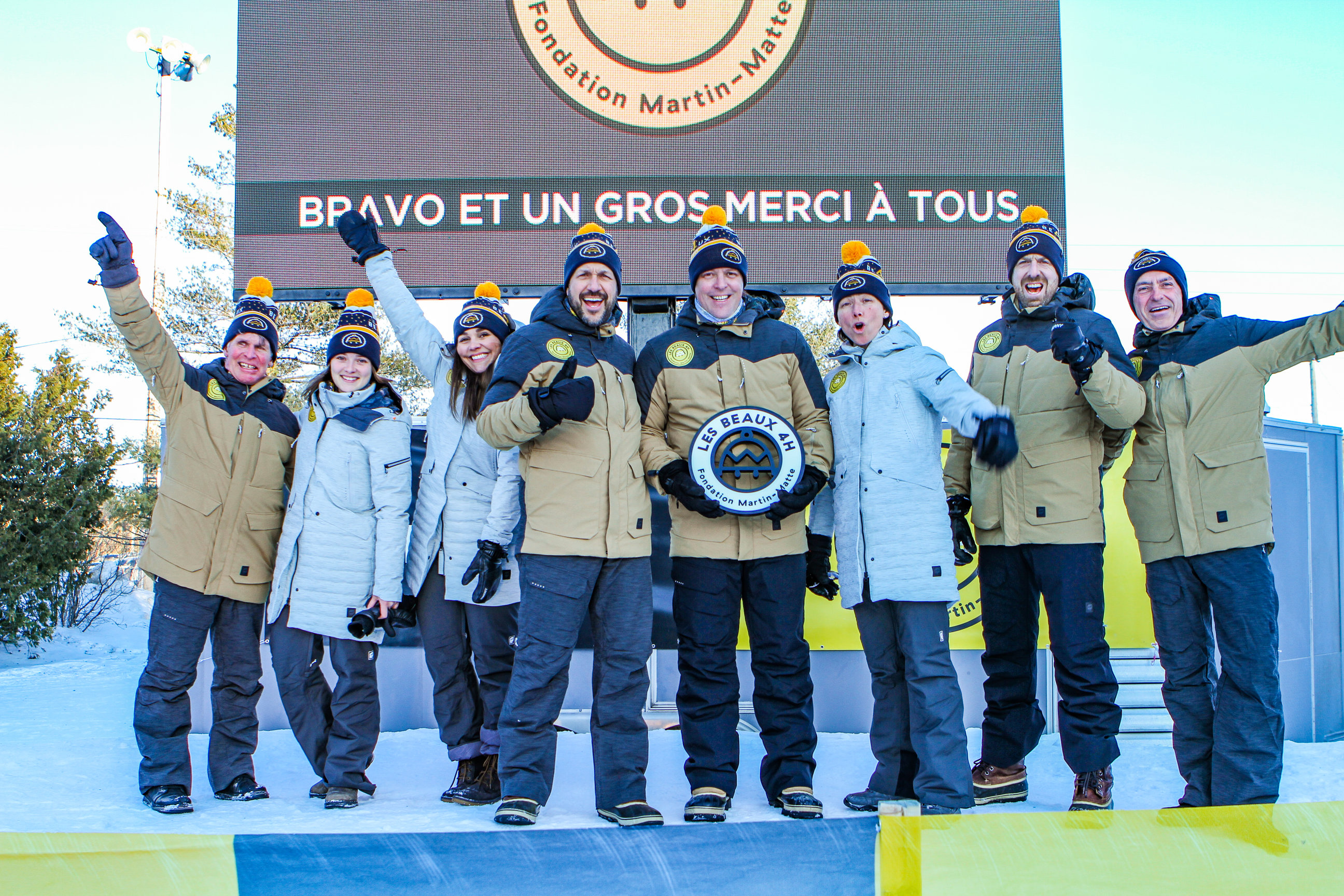 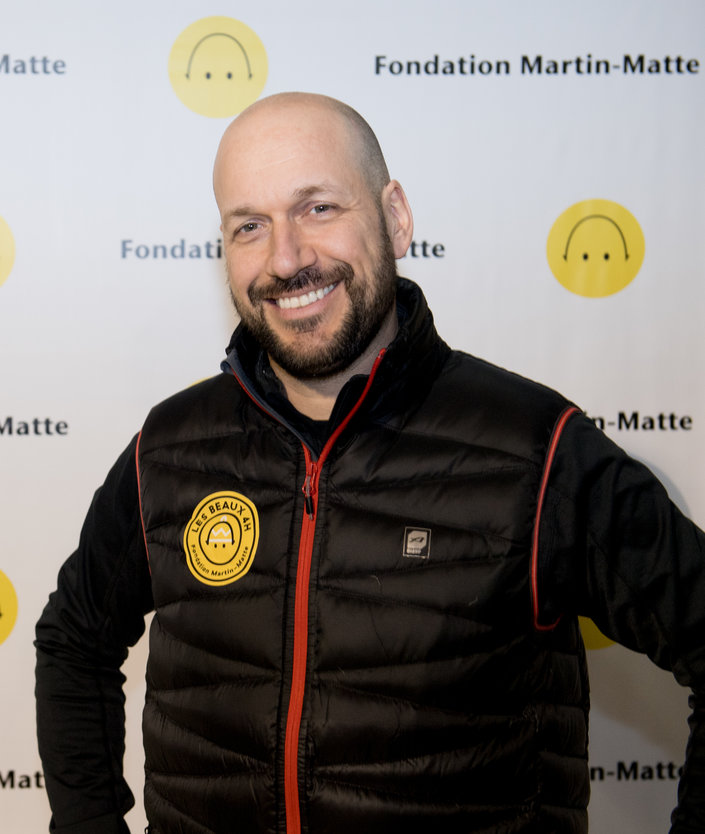 Seeing so many people, year after year, rally together to support the cause of people living with a head injury, deeply moves me. Les beaux 4h is a significant source of funding for the Fondation Martin-Matte. The funds raised are used to finance adapted housing resources, which is at the heart of our mission. It is through the collective and ongoing efforts of each and everyone of you, partcipants and trusted partners, that this event has become such a big success. You are making a real difference in the lives of these people. I therefore encourage you to come out and ski on February 6 at Sommet Saint-Sauveur to continue this wonderful adventure with us. It’s going to be fun! 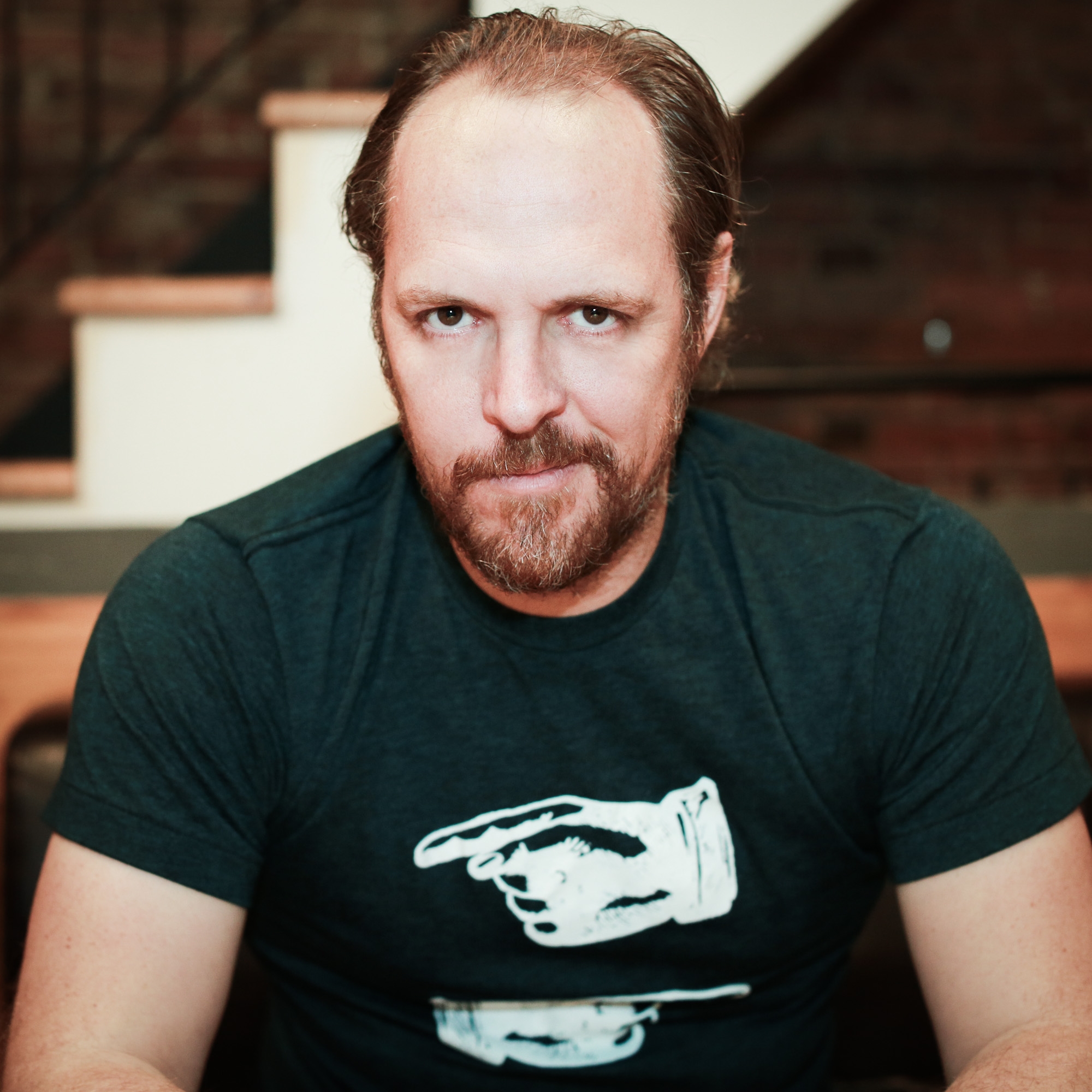 Before I played Martin’s brother in Les beaux malaises, fate made sure I learned about head injuries. It was a brutal introduction, as one of my loved ones suffered from one. I saw an entire family’s life take a turn, with many unknowns ahead.

Martin, a well-known comedian, is now first and foremost a friend. I know that his intentions are noble, so it was only natural for me to team up with him for this great cause. On the night of the Beaux 4 heures, it will be almost 20 years since I last skied. But fear not: I will be wearing a helmet.

It was without hesitation that I accepted the invitation to become an ambassador. This is particulary important for me given that my little sister was injured in October 2019. Following a fall on her head, I saw her life change overnight: loss of emotions, eye and vestibular after-effects, a break in her schooling, isolation, depression...

She is fortunate to be able to get back on her feet today and has been able to return to school after an 11-month break. Not everyone has this chance and I have been very much aware of this. The Foundation provides important support to many who are victims of a head injury, and thus making their lives easier. I find the cause noble and magnificent. 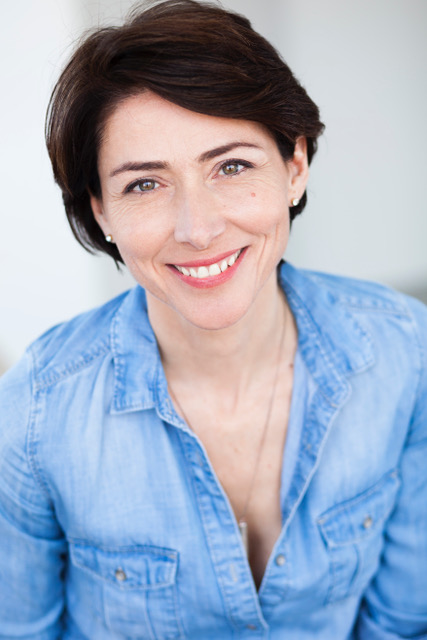 I love to ski. My son realized this from a young age: I had him on his first skis at 19 months. I usually spend my weekends on the slopes of the Laurentians, and the Fondation Martin-Matte is important to me, so it was only natural that I be an ambassador for the ski marathon to raise money to help people living with a head injury. Join us on the slopes of Sommet Saint-Sauveur! 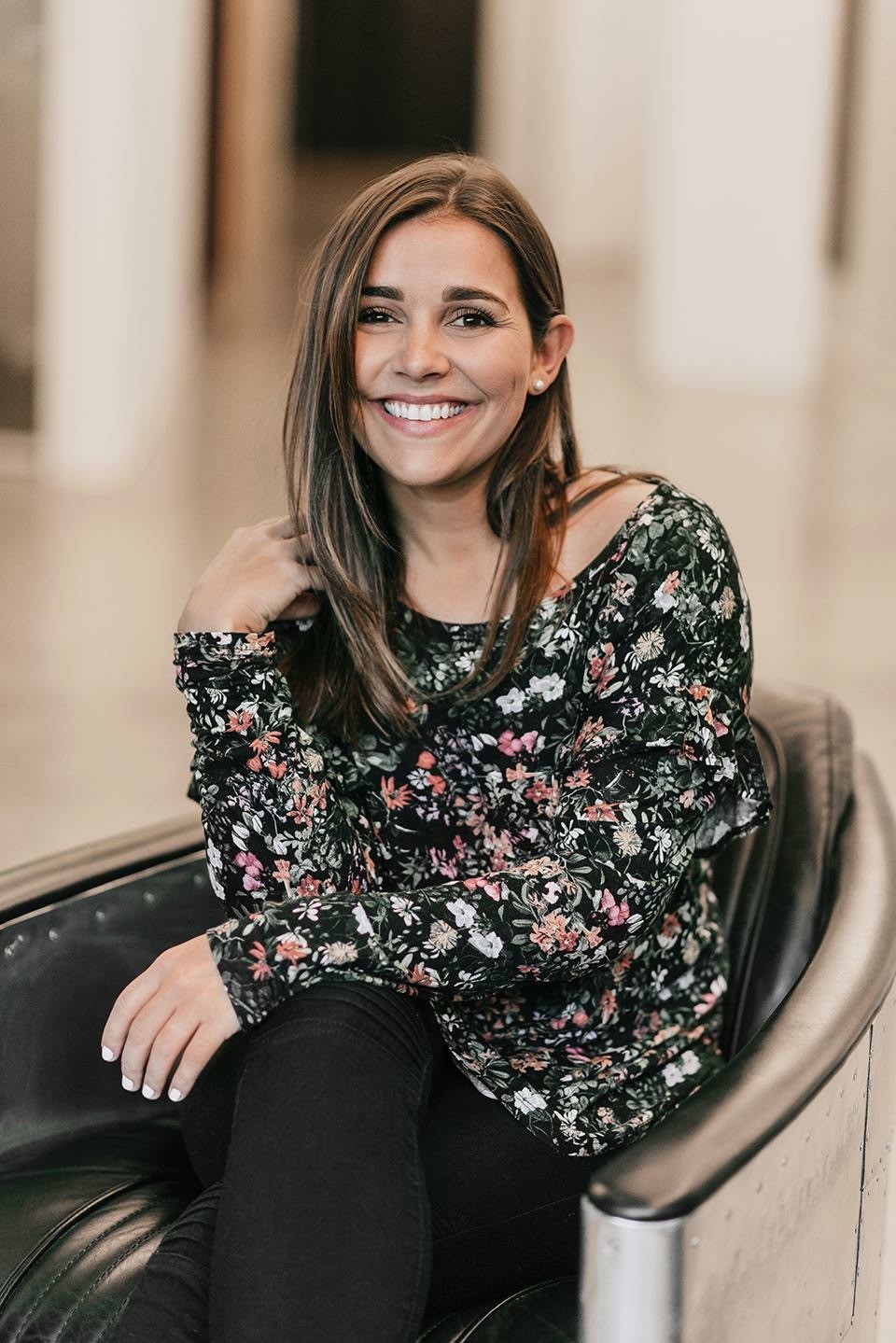 When I was approached to be an ambassador for Les beaux 4h, I was really excited because I have always been a skier and I also competed at a high level. I have often come across people who have had a head injury and unfortunately, I myslef have had many concussions. It's a cause that is dear to my heart and it is very important for me to support it. 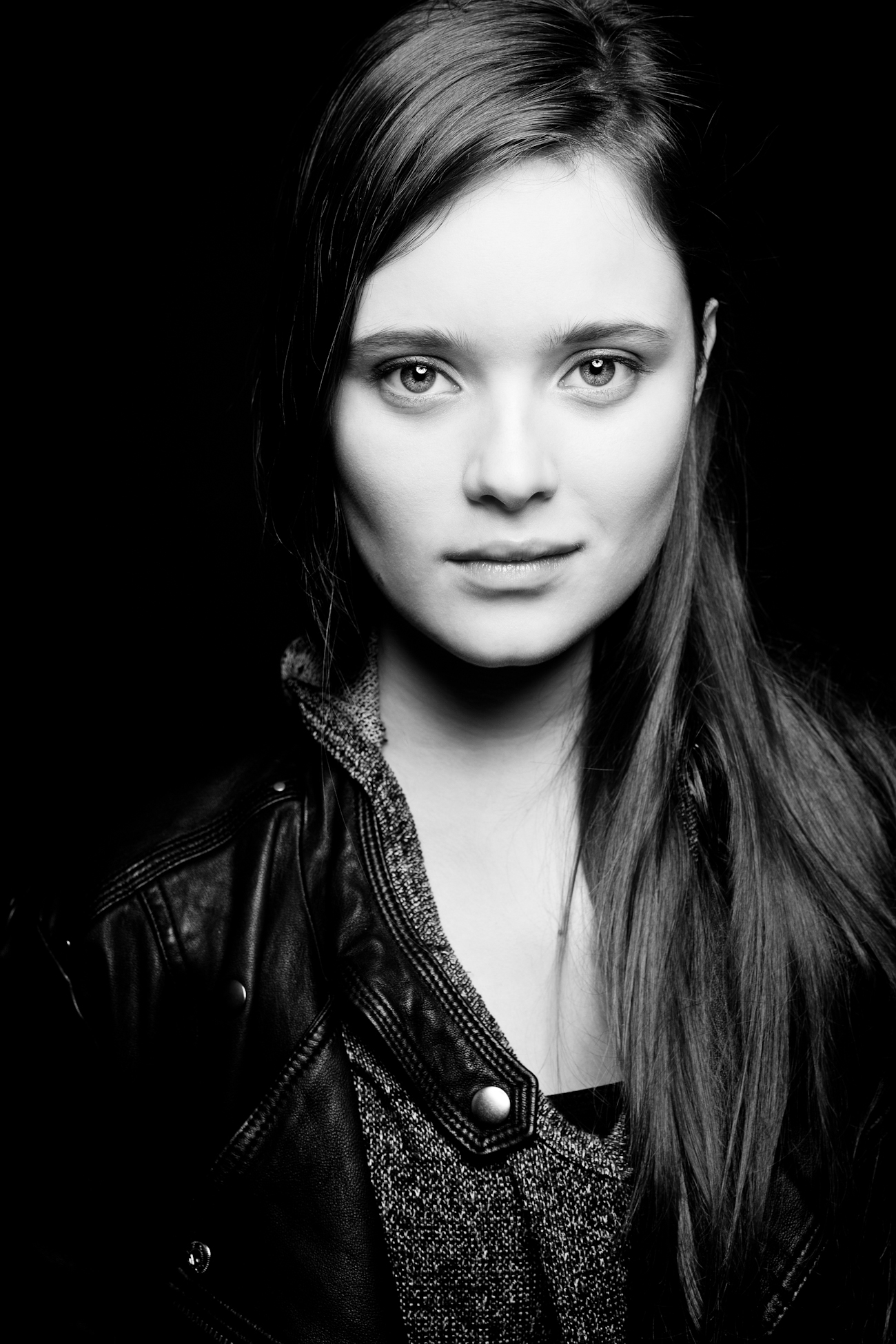 Following my role in the TV series Pour Sarah, I was approached by the Fondation Martin-Matte to be one of their ambassadors. I gladly accepted the offer since I am deeply touched by their cause. A number of young people are victims of accidents causing either concussions or head injuries which significantly affects their lives! On February 6, I will ski to help more people, children or adults, have a better quality of life. I therefore invite you to join me on February 6, 2021 at Sommet Saint-Sauveur to experience an exceptional evening. 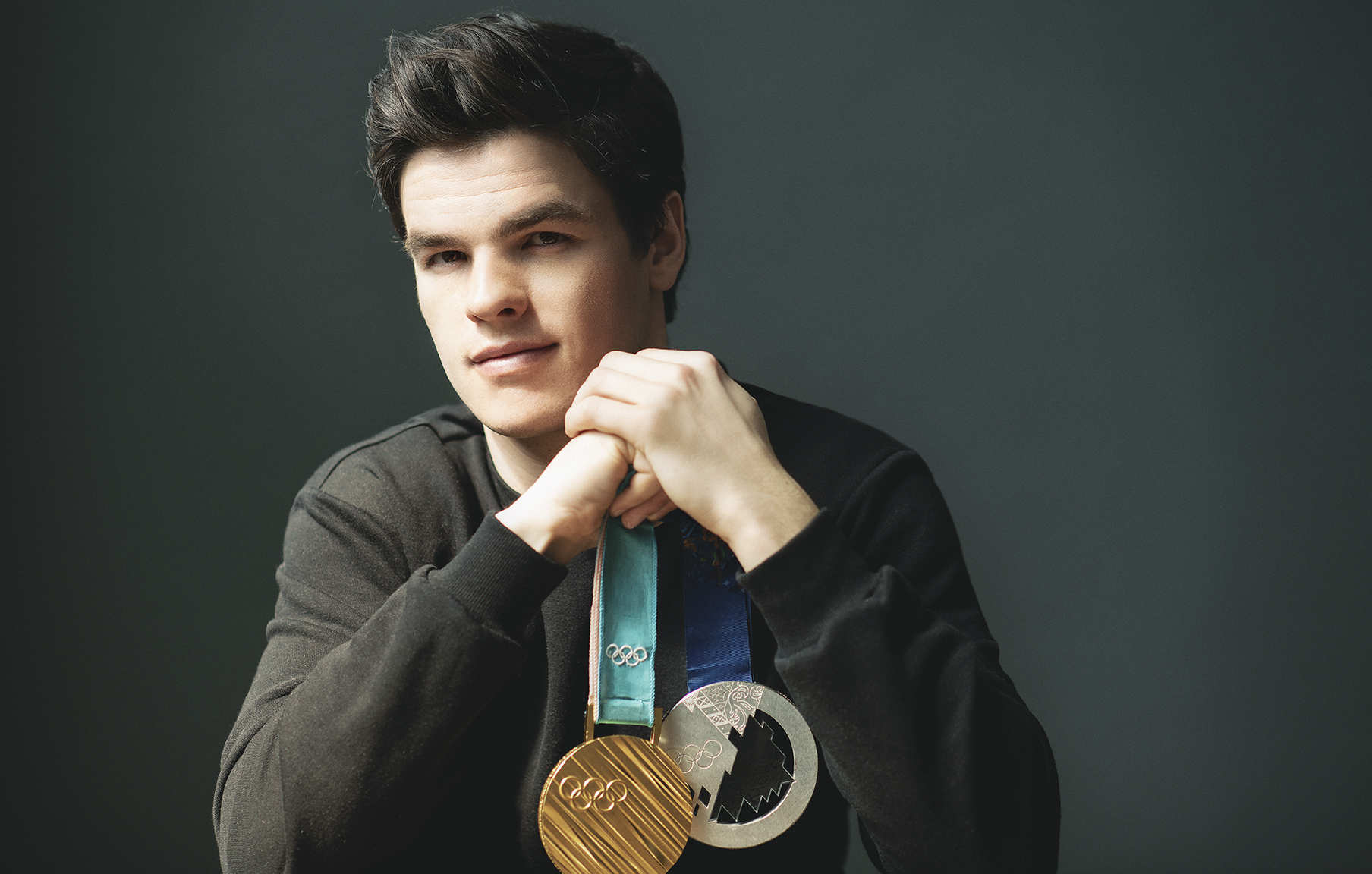 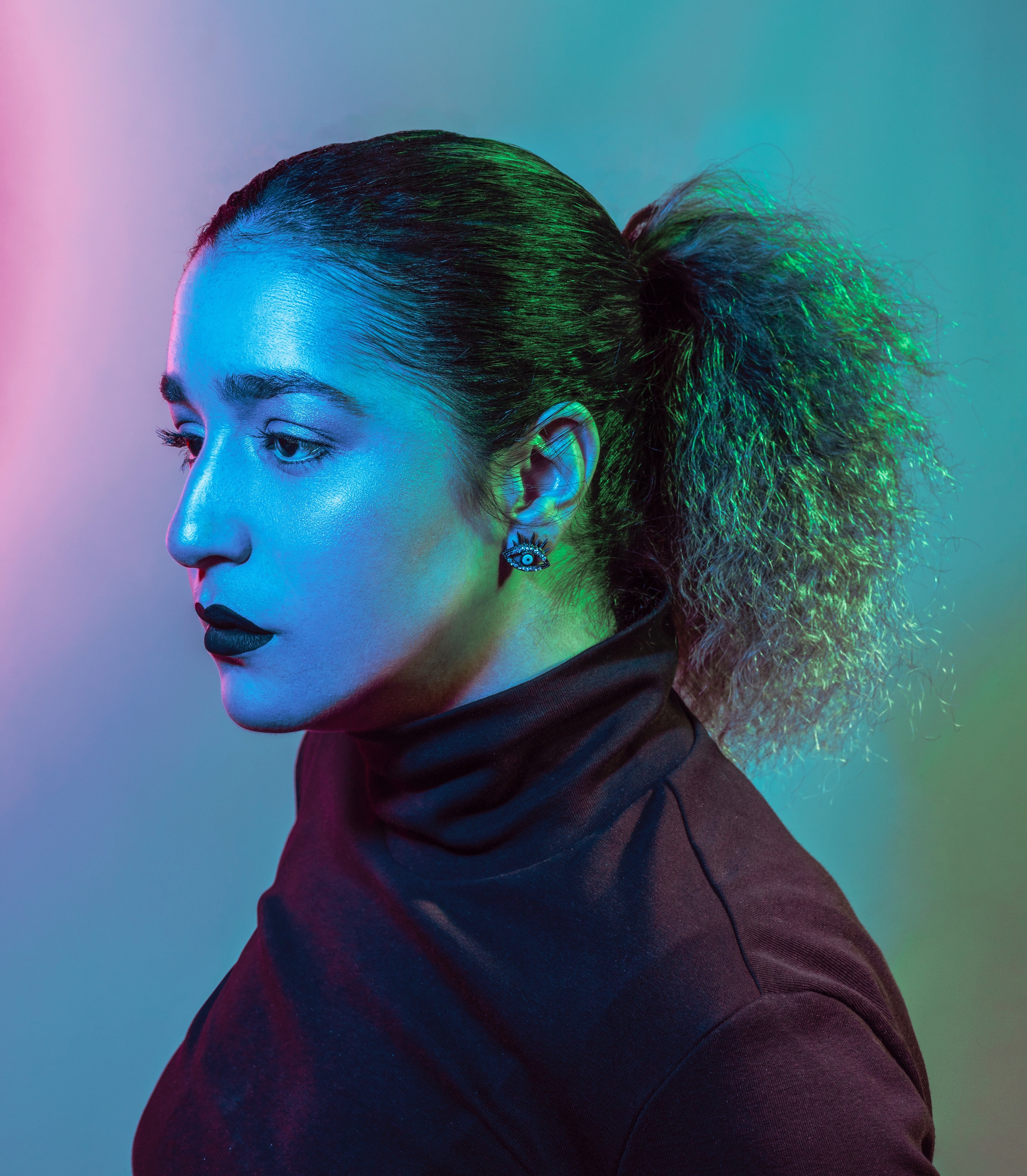 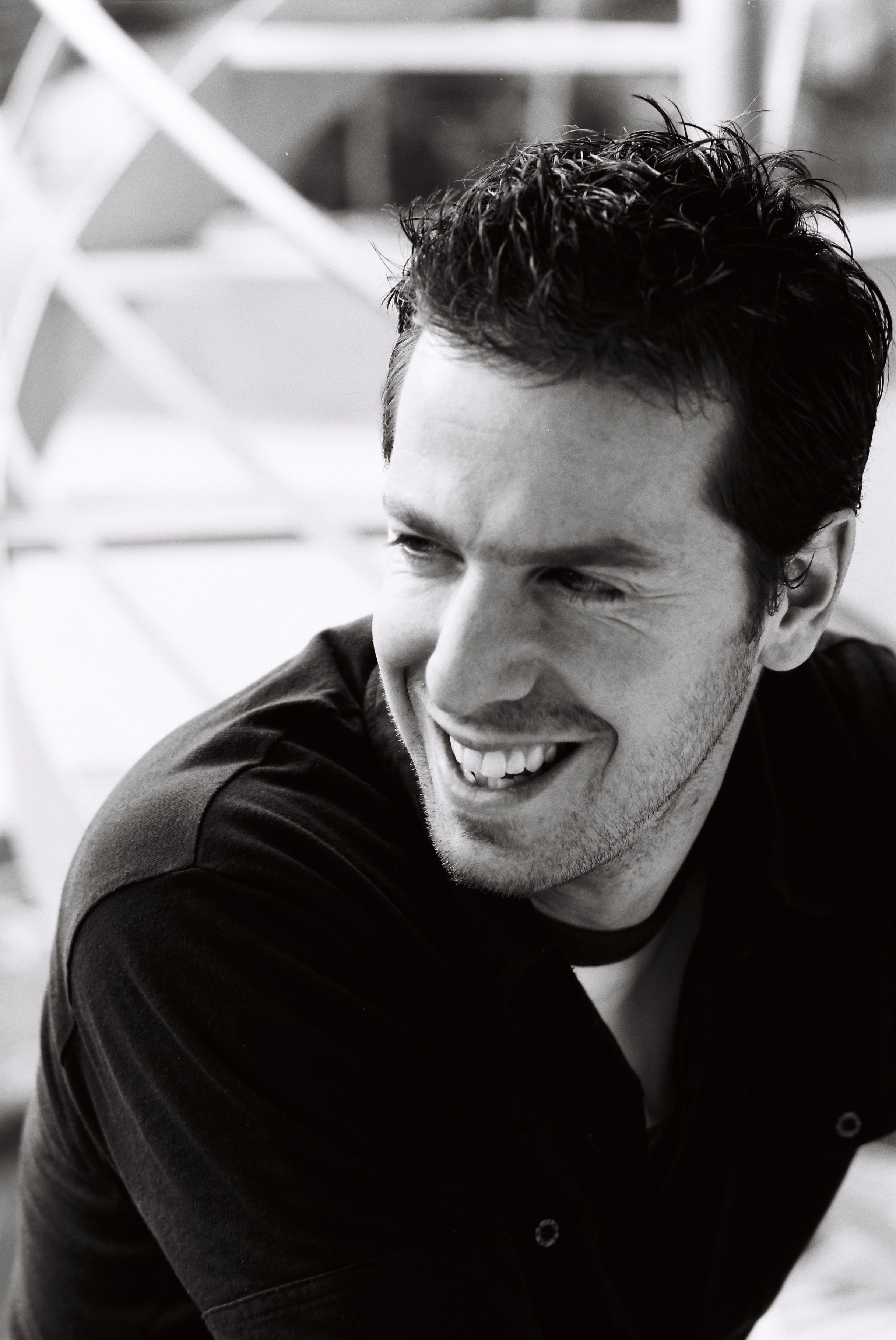 When the Fondation Martin-Matte asked me to be an ambassador for Les beaux 4h, I accepted right away. I met Christian, Martin’s brother, and his family on the set of Les beaux malaises, and I could see the impact of his accident on his life and the lives of his loved ones. It touched me, and I wanted to help Martin with the foundation. On February 6, I will ski for Christian and to help all those living with a head injury. Join me! Put together a team or make a donation. 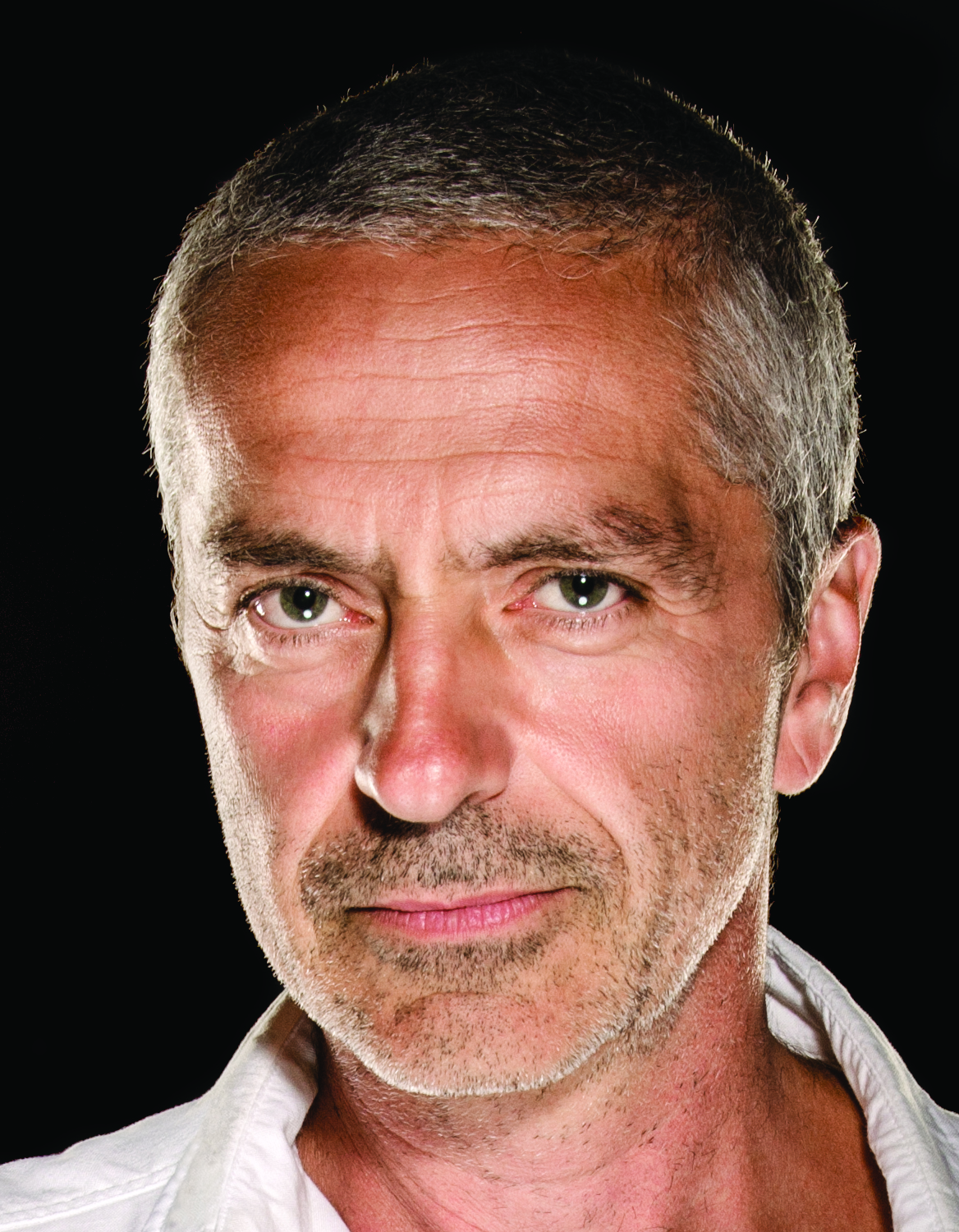 In a world run by white collar criminals where profit is all that counts, people like Martin Matte and his foundation have to do the work of government: a government to which workers pay astronomical sums in taxes. Shame* on the government and long live the Fondation Martin-Matte!

* - No easy task, because you need morals to feel shame.